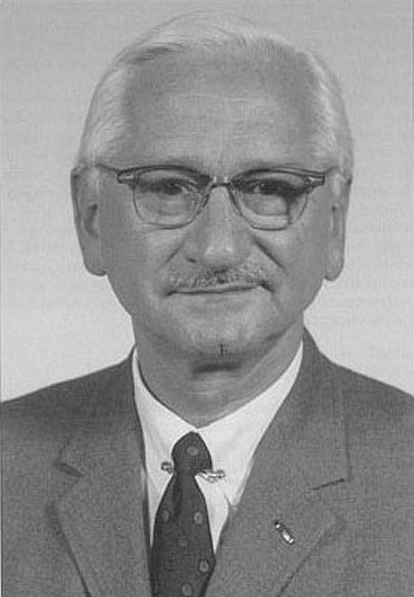 Albert Sabin was born in Poland in 1906. His family fled to the United States in 1921 to escape anti-Semitism. Sabin attended New York University and graduated with a medical degree. From 1935 to 1939, he worked at the Rockefeller Institute for Medical Research. In 1939, Sabin accepted a position at Cincinnati Children’s Hospital, in Cincinnati, Ohio. Sabin remained at this hospital until 1969. He remained active in the medical field for the next two decades, serving as president of the Weizmann Institute of Science, a consultant for the U.S. National Cancer Institute, a Distinguished Research Professor of Biomedicine at the Medical University of South Carolina, and a consultant at the Fogarty International Center for Advanced Studies in the Health Sciences of the National Institutes of Health, at various points during this period.

Sabin conducted research into numerous viruses and diseases, including pneumonia, cancer, encephalitis, and numerous other illnesses. His most important work involved poliomyelitis. During the late 1940s and 1950s, Sabin tried to determine how the polio virus infected its victims. He determined that the virus infected a person through his or her digestive tract. Further research led Sabin to realize that some people had resistant antibodies in their blood to polio, suggesting that they had been infected with a weak strain of the virus that had left them resistant to more powerful versions of the illness. Sabin immediately began to seek out weaker strains of the virus, believing that he could produce a vaccine with the live virus that would protect people from stronger versions of polio.

By 1957, Sabin had developed a live vaccine. Jonas Salk had produced a killed vaccine for polio a few years previous to Sabin’s discovery. The problems with Salk’s vaccine were twofold. First, it did protect people from contracting polio, but it did not prevent them from infecting others with the virus. Second, Salk’s vaccine had to be administered through shots. Sabin’s live vaccine eliminated the possibility that someone could remain immune from polio but still transmit the virus. Patients also took the vaccine orally, since it entered the system through the digestive tract. An oral vaccine made distribution of the vaccine much easier.

In 1957, the World Health Organization permitted Sabin to test his vaccine in Chile, Holland, Japan, Mexico, Russia, and Sweden. It was not until 1960 that the U.S. Public Health Service allowed Sabin to distribute his vaccine to Americans. By this point in time, more than eighty million people, mostly children, had taken the vaccine. Thanks to Sabin’s discovery, polio in the United States is virtually eradicated. The last case to occur in the United States contracted from the virus happened in 1979. Outbreaks continue to occur in poorer countries, where people are less likely to have access to the vaccine.