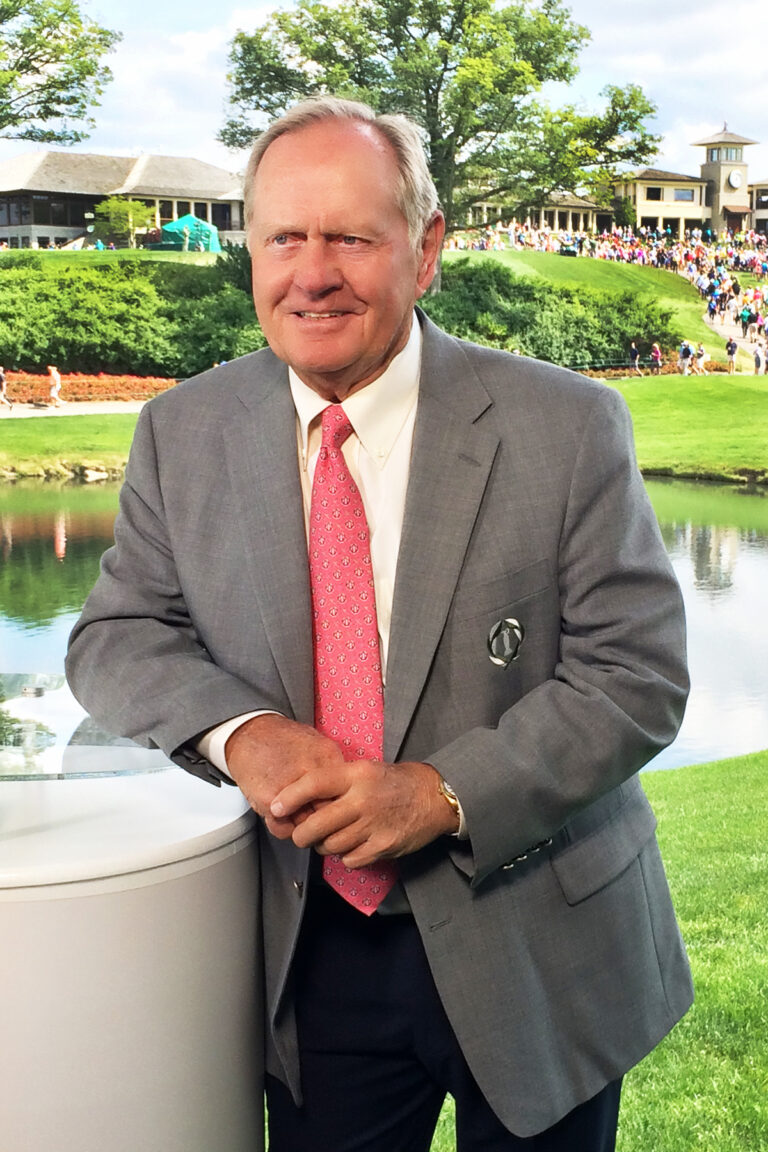 Jack William Nicklaus nicknamed “The Golden Bear”, is a retired American professional golfer. He is widely regarded as the greatest professional golfer of all time, winning a total of 18 career major championships, while producing 19 second-place and 9 third-place finishes in them, over a span of 25 years. Nicklaus focused on the major championships (Masters Tournament, U.S. Open, Open Championship, and PGA Championship), and played a selective schedule of regular PGA Tour events, yet still finished with 73 victories, third on the all-time list behind Sam Snead (82) and Tiger Woods (79).

After winning two U.S. Amateurs in 1959 and 1961, and challenging for the 1960 U.S. Open (he finished in second place, two shots behind winner Arnold Palmer), Nicklaus turned professional at age 21 toward the end of 1961. The 1962 U.S. Open was both Nicklaus’ first major championship victory and his first professional win. This win over Arnold Palmer began the on-course rivalry between the two golf superstars. In 1966, Nicklaus won the Masters Tournament for the second year in a row, becoming the first golfer to achieve this, and also won The Open Championship, completing his career slam of major championships. At age 26, he became the youngest to do so at the time. In 1968 and 1969, Nicklaus did not win a major tournament. He then won another Open Championship in 1970.

Nicklaus has also taken part in various off-course activities, including golf course design, charity work and book writing. Nicklaus is a member of the American Society of Golf Course Architects and has helped design courses such as Harbour Town Golf Links. Nicklaus also runs his own tournament on the PGA Tour, the Memorial Tournament. His golf course design company is one of the largest in the world. Nicklaus’ books vary from instructional to autobiographical, with his Golf My Way considered one of the best instructional golf books of all time; the video of the same name is the best-selling golf instructional to date.