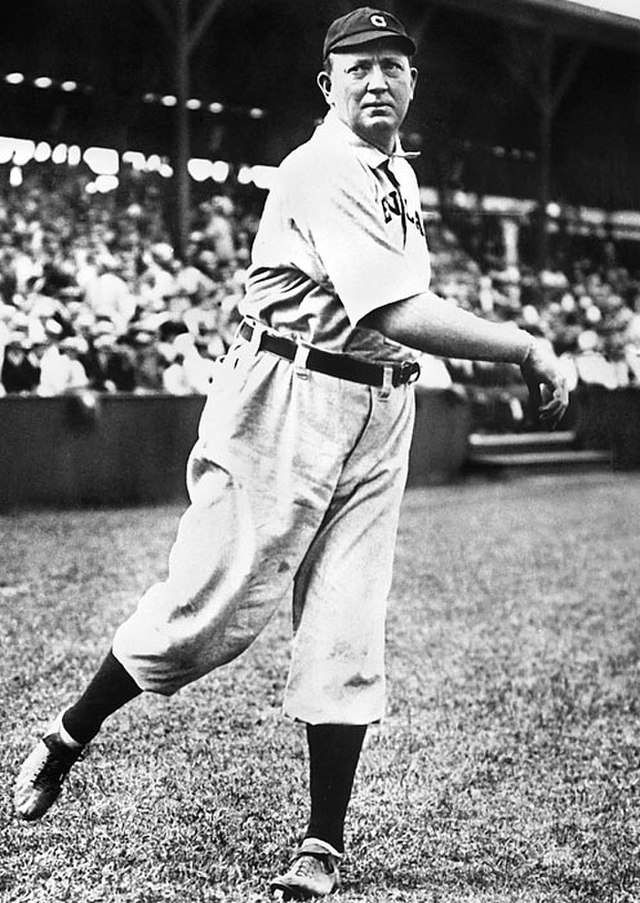 Denton True “Cy” Young was born on March 29, 1867 in Gilmore, Ohio.  Cy Young’s baseball career spanned from 1890 to 1911.  Young received the nickname “Cy” as a result of his famous fast ball which was thought to be as fast as a cyclone.

Through the years Young pitched for five different major league teams.  Young’s career started in 1890 with the Cleveland Spiders. After eight years with the Spiders, Young was moved to St. Louis in 1899. After two years there, Young jumped to the newly-created American League, joining the Boston franchise. He was traded back to the city of Cleveland in 1909, before spending the final two months of his career in Boston.

Young recorded numerous professional pitching records in the majors, some of which have stood for more than a century. In addition to numerous wins, Young currently holds the Major Leagues records for most career innings pitched (7,355), most career games started (815) and most complete games (749).  In addition, Young also retired with 316 losses, the most in Major League Baseball (MLB) history.

Over the span of his career, Young had 76 career shutouts, which is the fourth highest in history. Young also won at least 30 games in a season five times, with 10 other seasons of more than 20 wins. In addition, Young pitched three no-hitters, including the first perfect game of baseball’s “modern era”.

Young retired with 511 career wins, 94 wins ahead of Walter Johnson, who is second on the list of most wins in MLB history. After his retirement, Young went back to his farm in Ohio, where he stayed until his death at age 88 in 1955.

In honor of Young’s contributions to MLB, the Cy Young Award, an annual award given to the pitcher voted the most effective in each of the two leagues, was created in 1956.  Young was elected to The Baseball Hall of Fame in 1937.