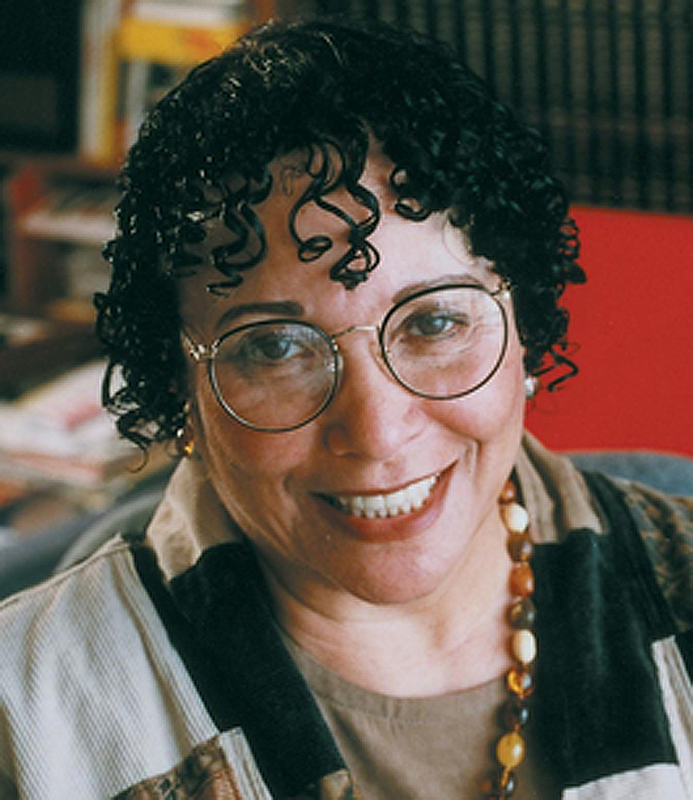 Virginia Hamilton was an African-American children’s books author. She wrote 41 books, including M. C. Higgins, the Great (1974), for which she won the U.S. National Book Award in category Children’s Books and the Newbery Medal in 1975.

The youngest of five children of Kenneth James and Etta Belle (née Perry) Hamilton, Virginia grew up amid a large extended family in Yellow Springs, Ohio. The area has been home to her mother’s family since the late 1850s, when her maternal grandfather, Levi Perry, was brought into the state as an infant via the Underground Railroad. Her family encouraged her to read and write widely. She received a full scholarship to Antioch College but later transferred to Ohio State University.

She met poet Arnold Adoff while living in New York City, and married him in 1960. The two later returned with their children to live on the farm where Hamilton was raised. Adoff supported the family by working as a teacher, so Hamilton spent her time writing and had two children.

In 1967, Zeely was published, the first of more than 40 books. Zeely was named an American Library Association Notable Book and won the Nancy Bloch Award. Hamilton published The Planet of Junior Brown, which was named a Newbery Honor Book and also won the Lewis Carroll Shelf Award in 1971. M. C. Higgins, the Great (1974) won the Newbery Medal, making Hamilton the first black author to receive the medal. The book also won the National Book Award, the Lewis Carroll Shelf Award, the Boston Globe–Horn Book Award and The New York Times Outstanding Children’s Book of the Year.

Hamilton was awarded the Hans Christian Andersen Award for Writing (the highest international recognition bestowed on an author or illustrator of children’s literature), a MacArthur Fellowship, the Laura Ingalls Wilder Award and the University of Southern Mississippi de Grummond Medal. In 1990 she received the Catholic Library Association’s Regina Medal, given annually “for continued, distinguished contribution to children’s literature”.